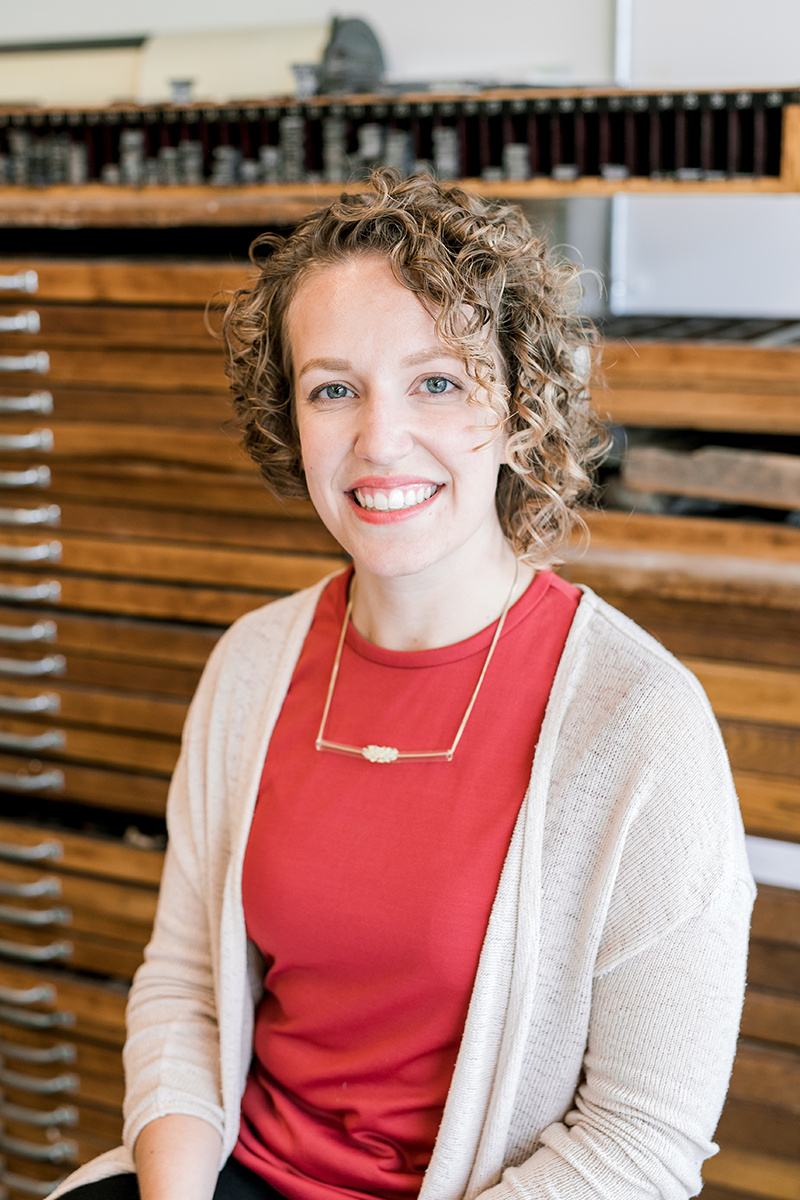 Jordan Brown has worked at the Visual Arts Center of Richmond for over 10 years and has been a part of the organization’s incredible growth over the last decade. She started her time at VisArts as a front-desk associate before working with community programs like Make Space, Studio S, and Veterans at VisArts, later growing to lead the education team and the center’s annual programming.  Before being appointed as interim Executive Director, Brown served as VisArts’ Director of Education + Programs for five years.

Jordan Brown spent her childhood in Minnesota but now considers Richmond her home. She has a B.F.A. from Virginia Commonwealth University in painting and printmaking and a Masters in Arts Administration from Goucher College which she completed while working at VisArts. She is currently a board member of Partners in the Arts, a graduate of the Leadership Metro Richmond’s Leadership Quest Program and has been involved with many community organizations in the Richmond region over the years. She has a special fondness for all things printmaking and still has her own art practice outside of her role in VisArts’ education department.