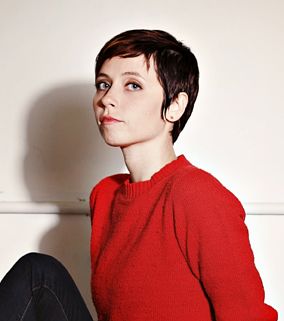 Angela Bacskocky was a contestant on Project Runway Season 12, has worked for such designers as Alexander McQueen and Felder Felder, studied menswear fashion design at Central St. Martins College of Art and Design in London, received a BFA in Fashion Design from Virginia Commonwealth University and has an MFA in Fibers from Savannah College of Art and Design. She has since developed her own line of handmade apparel and leather accessories and set up a production studio in Richmond, VA for her conceptual work that attempts to merge the lines between fashion and art.

Currently the Program Coordinator of the Textiles and Apparel department at Virginia State University, she has shown her collections at Fashion Week in Richmond, New York, and Charleston and sells internationally. Her work has appeared in Marie Claire, Teen Vogue, Womens Wear Daily, The Wall Street Journal, Entertainment Weekly, Virginia Living, on Good Morning America, Refinery 29, and in Martha Stewart's American Made Campaign.